BLOOMBERG—Africa is the world’s least vaccinated continent and it has also been the origin of a number of coronavirus variants: the beta mutation found in South Africa, eta from Nigeria and most recently C.1.2, again from South Africa.

Now, scientists say they have found a possible reason. Africa is also home to the most immunocompromised people.

A study of an HIV-positive woman in South Africa showed that she harbored the coronavirus for 216 days, during which time it mutated considerably. In fact, 30 times, Tulio de Oliveira, a bioinformatics professor who runs gene-sequencing institutions at two South African universities, said at an immunology conference. 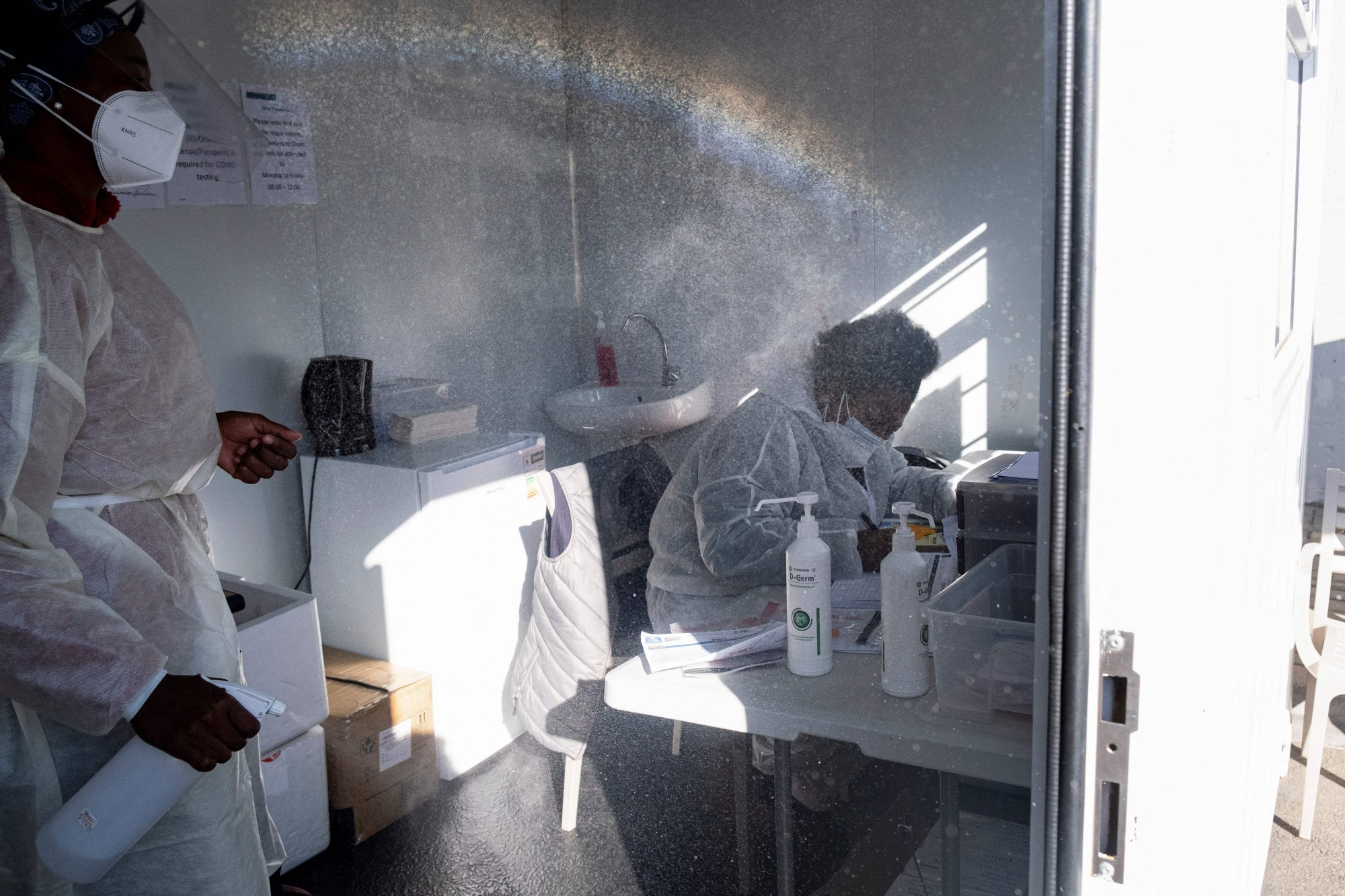 A health worker sprays sanitizer in a Covid testing site in Johannesburg.

South Africa has the world’s biggest HIV epidemic, with an estimated 8.2 million people infected with the virus that can cause the immune disease AIDS. While most take antiretrovirals, which keep that pathogen in check, many do not. And neighboring countries such as Botswana, Zimbabwe and Eswatini also have very high HIV infection rates.

Throughout the continent the burden of disease is higher than in countries in most parts of the world. Diseases such as tuberculosis are rampant, and extreme poverty means that millions are in ill health and have little ability to fight off infections. The longer Covid-19 persists in its host, the longer it sheds, or reproduces, and that’s when it mutates.

“There is good evidence that prolonged infection in immunocompromised individuals is one mechanism for the emergence” of Covid-19 variants, de Oliveira said.

That’s the strongest argument yet to step up Covid-19 inoculation rates in a continent where just a tiny fraction of the 1.2 billion population is fully vaccinated. A higher vaccination rate could cut the spread of the disease and, in most cases, mean that infections weren’t as severe or as lengthy. That would limit the chance of new mutations forming.

“People who are immunocompromised shed for much longer. Viral evolution happens when you are shedding,” says Glenda Gray, the president of the South African Medical Research Council. “Speed and coverage is important to make sure that people who are HIV-positive are getting vaccinated.”—Antony Sguazzin